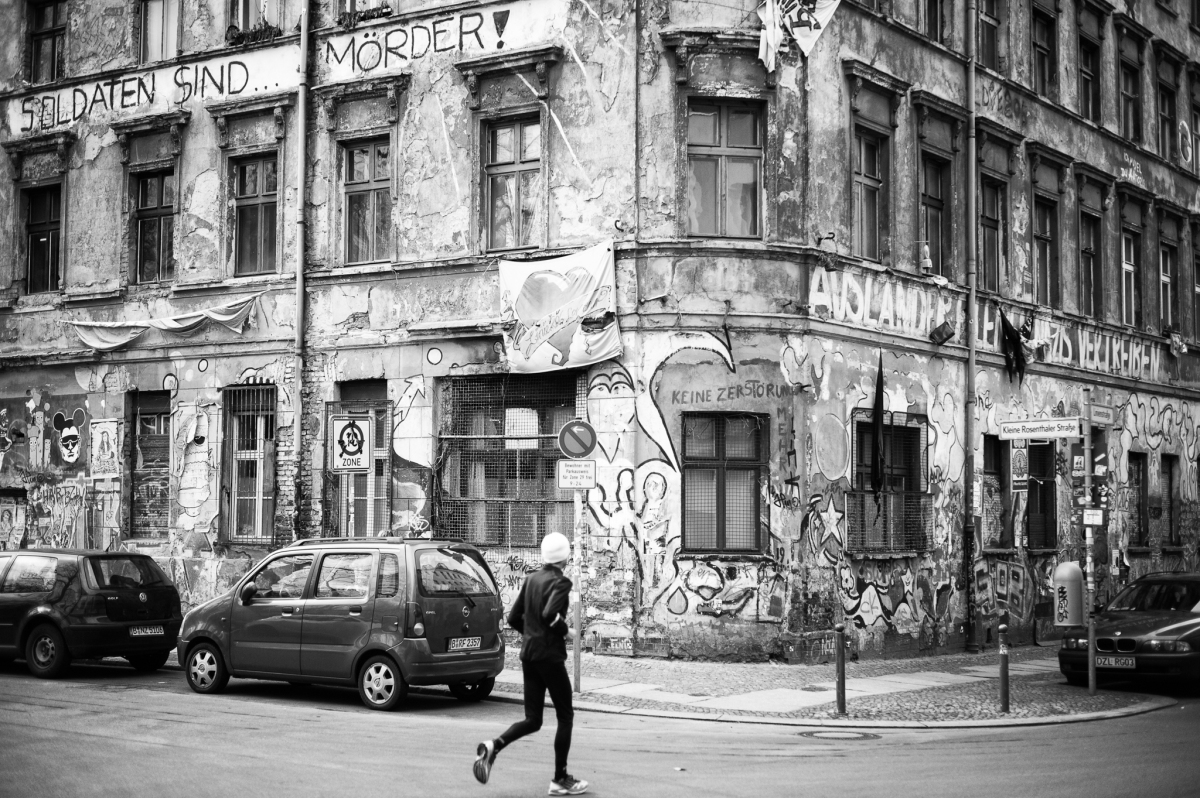 This house in Linienstraße 206 in Berlin-Mitte (hence the name “Line 206”) is one of the few remaining apartment buildings in Berlin that are still occupied by squatters. After the German re-unification this building (as many others) was handed back to the original owners (in this case Romanian heirs) and henceforth changed owners frequently while the squatters always remained in the building and kept it at least intact. About 15 people have been living in this building for over 20 years (as of April 2013, I couldn’t find more up to date numbers).

Berlin is seeing an incredible rise in rental costs, many buildings in “fashionable” quarters are being turned into high end apartments that many families and older people can’t afford any more. As a result the indigenous and often very unique cultural scene of these quarters is vanishing and with it flats that the average income can actually pay for. The squatters are trying to set a sign against this development but of course are limited in what they can achieve.

Last year I discovered a similar building in Berlin that used to be occupied by squatters as well, but was then evicted in 2013. You can read more about the “Tacheles” and its history over here.

This site uses Akismet to reduce spam. Learn how your comment data is processed.